A huge congratulations from the Maui Rippers team to this year's winner of the 16th annual Super Girl Surf Pro Oceanside, San Clemente's own Sawyer Lindblad! 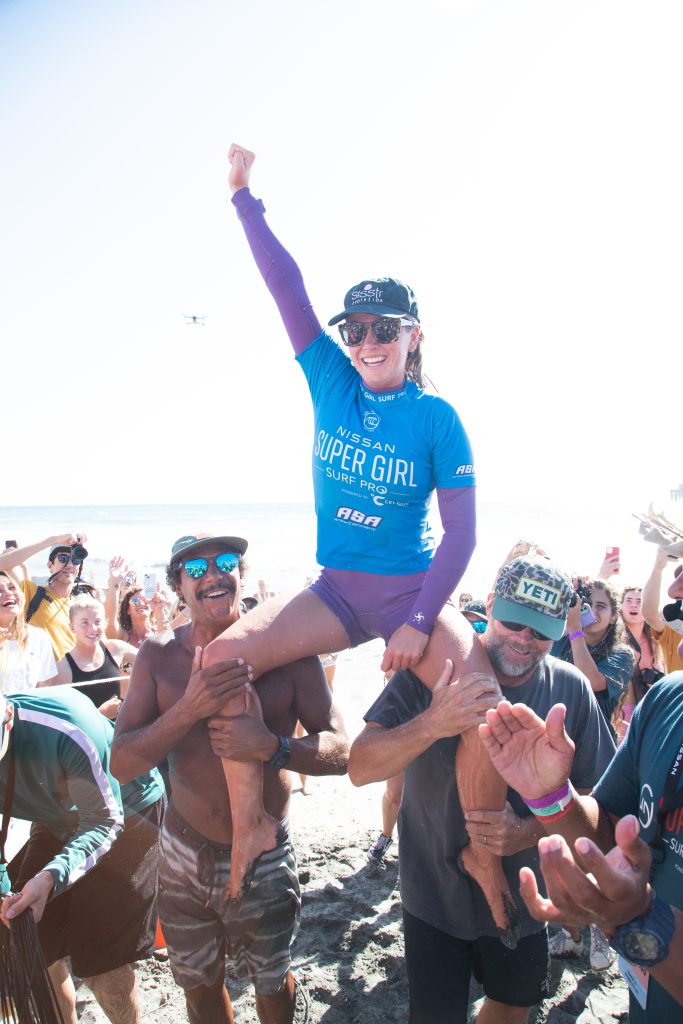 Super Girl Surf Pro 2022 was certainly one for the books, featuring many of the world's top female surfers battling it out in the breaks beneath the Oceanside Pier, in the sunny harbor town of (the aptly named) Oceanside, California. With a never-ending lineup of easygoing swells, and a rich history steeped in surfing and watersports, it's no surprise that this city is the location of choice for this nationally televised event.

And as pretty big fans of boarding ourselves, you already know we were there for the weekend to watch these pro rippers show their stuff.

Not Your Average Competition

The Super Girl Pro series is host to the largest female surfing competition in the world, and it's accompanied by a 3-day long jam-packed festival that makes its first stop --of only two-- in southern California every fall.

The competition brings in big names and rising stars alike, with superstar surfers such as Bethany Hamilton and Carissa Moore heading the list of registered athletes every year.

The festival and its vendors also bring massive exposure to women-owned small businesses and entertainment, and features celebrity speakers, live music, free fitness classes, and epic all-female E-sports and beach volleyball tournaments, among a lot of other things. Watching these incredibly skilled surfers work the waves was a really inspiring sight, and it was awesome to see just how much the event had grown from its humble beginnings. When the very first Super Girl Surf Pro took place in 2007, it was attended by 300 people and supported by a handful of small businesses.

This year, the event had over 75,000 live and virtual spectators, and continues to do a fantastic job of encouraging and uplifting women to new heights in surfing, skateboarding, and other action sports.

In keeping with Californian customs, we kicked off the event by charging up with a couple of icy Ballast Point Sculpins, and then we made sure to swing by Sun Bum's free sunscreen booth for our daily dose of SPF 50+.

In between sets, you could find us kicking back at the L&L Hawaiian food truck, fueling up with some of the best spam musubi we've ever had. Spectators from around the world were packed in like sardines along the southern side of the landmark pier to watch the show. We eventually found our sweet spot on the sand with the more laid-back viewers, just a few feet from the water's edge.

We were stoked to see none other than Smash Mouth headlining the Saturday performance lineup, alongside local up-and-coming female music artists and DJ's.

On the journey to the surfing finals, we caught Hawaii native Honolua Blomfield's righteous victory in the longboard competition, as well as a ton of impressive performances by many other world-famous female surfers.

The action-packed competition culminated in a nail-biting finalist match between 17-year-old Sawyer Lindblad and 20-year-old U.S. Olympian Caroline Marks, with Sawyer ultimately using her striking maneuvers to take the win by just a mere 0.4 points! 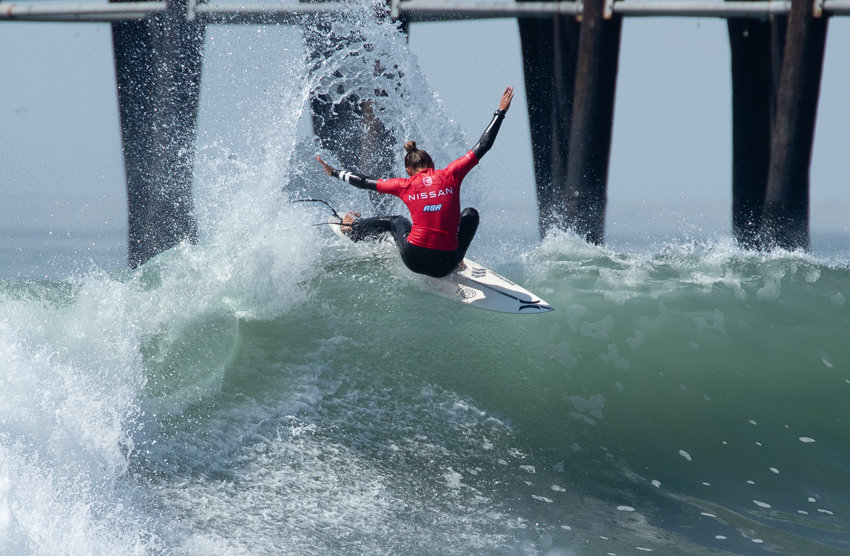 We were so glad to be there to support all the talented competitors and see them take up the mantle as the next generation of female pro surfers. Till next year!